The greenest apples on the market.

Up to 40% off. Something to help finance that Netflix subscription.

They shouldn't be stupid expensive.

Intergalactic phones, at down to earth prices. 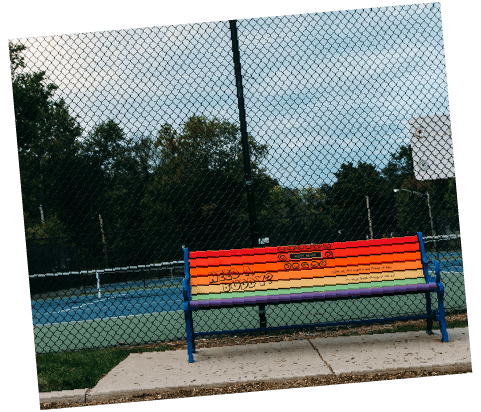 Do you go “cyber shopping”? Didn’t think so. Cyber Monday, which was actually created to help small businesses to compete with the brick-and-mortar giants and their Black Friday sales, is now totally irrelevant. Online shopping is par for the course for every ginormous retailer out there and creating “special sales” for this occasion gives zero added value—just another way for businesses to induce a manic shopping frenzy. No thanks. At Back Market, our expertly renewed, fairly-priced devices are available to purchase every day of the year—though we hope we won’t need to replace what you have more than every few years. We’ll be waiting right here, on the web. Or if you insist, in “cyber space.” Why not? 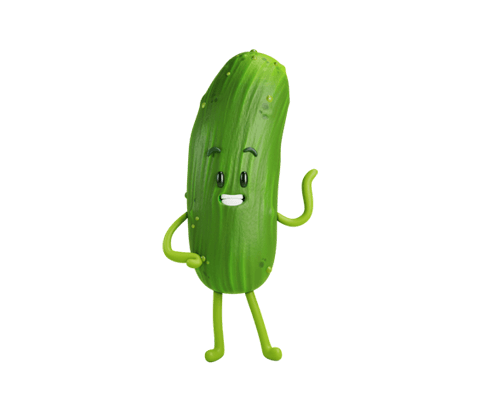 Mr. Pickle has a hobby, and that’s poring through deals. Here are his top picks. Promise, absolutely no Black Friday deals. Take your time. Our low prices last all year long.

Laptops and gaming. Upgrade the way you upgrade your gear.

Back Label: Our rigorous quality commitments

Premium gifts for under $100

Have a look at our buying guides

Cyber Monday: Get refurbished electronics for up to 70% off. As usual.

Cyber Monday is just around the corner, and it’s finally time to take a look for a deal on any tech product that you may have been lusting over for the past year.

And if you’re a big Apple fan, why shell out all your money on the newest Apple product, if you can get 3 refurbished Apple products for the price of 1 new iPhone thanks to our best Cyber Monday tech deals? And since Back Market is dedicated to always having the best deals on all your favorite tech, you can check back just about any day of the year and find similarly amazing discounts.

Want to Find the Best Deal on a Cyber Monday MacBook?

MacBooks: some of the most expensive Apple products, and also some of the best. Whether you were thinking of getting a MacBook Air, MacBook Pro, or the no longer produced MacBook Retina, Back Market can help you get the best deal for any of these Apple laptops. Pro tip: we love the Retina display, and we’d suggest getting a MacBook that has one if you’re planning to spend a lot of consecutive hours on your new laptop. It really makes a difference.

Interested in Getting the Best iPhone Deal This Cyber Monday?

Every year Apple releases a new iPhone and claims it is their “best iPhone yet”—and maybe it is—but not by a lot. The iPhone barely changes year-to-year, and the truth is that last year’s iPhone will be close to identical to the newest model in terms of performance, features, and overall design. Our recommendations for this year? The iPhone 11, iPhone XR, and iPhone XS are recent models that will give the best performance at a lower price than ever before.

Looking to Get the Best Apple Watch Cyber Monday Deal?

Get the Best Deal on an iMac This Cyber Monday

We’ve been spending so much time indoors this quarantine period, and maybe you’re starting to notice your home computer slow down or develop some other kinds of problems. If you’re thinking about getting the perfect desktop for your remote work setup, our Cyber Monday iMac deals may be exactly what you need. Our best iMac deals can beat any kind of offer you can get from Apple, any day of the year.

Want Great Quality Sounds for Cheap? Then Cyber Monday AirPods Deals are for You

The AirPods have now been around for 4 years since their release in September of 2016, and the discounts on these Apple earbuds are better than ever. If you need a pair of headphones for your next run or workout session that integrate seamlessly with your iPhone or Apple Watch, be sure to check out the best Cyber Monday AirPods deals on our website.

The Best iPad Deals that you can get for Cyber Monday

If you want the best Cyber Monday iPad deals for browsing social media and watching YouTube videos, we suggest getting one of our refurbished iPads that’s at least a couple years old. Since iPads are supported by Apple with updates for much longer than comparable mobile devices from other brands, it’s OK to buy a refurbished iPad that’s over 2 years old, although we wouldn’t suggest getting a model that’s more than 5 years old, either. Either way, since these devices are known for lasting and receiving software updates long after their initial release, these may be some of the best refurbished tech deals to take advantage of this Cyber Monday. And since you’re shopping on Back Market, we’ll have special offers every week, not just for Black Friday and Cyber Monday!

Although there are many Apple fans out there in this day and age, there are those that prefer the alternatives, especially when it comes to smartphones. Android fans praise the extra customization and unique user experience that comes with owning an Android smartphone—in addition to the better value that Android phones often offer since they are usually cheaper than their iPhone alternatives. Whichever Android brand you may be a fan of, whether it be Google Pixel, Samsung Galaxy, OnePlus, or something else, you can be sure that Back Market will have some of the best Cyber Monday Android deals.

Even though MacBooks were once very different from Windows Laptops because of a lot of the unique features that only came with Mac OS, this is no longer the case. Windows has now adopted many of the features that were once only featured on Mac, and Windows laptops offer a better value than their Apple counterparts. If you want a powerful laptop that performs just as well as a MacBook, we suggest getting a powerful yet budget-friendly laptop from a reputable brand like Dell, Lenovo, HP, Acer, or Asus.

Want the best tips on choosing a powerful Windows laptop? It can be hard to know which laptop to get if you’re not a tech geek, but not to worry, we wrote some buying guides to help you choose the best Cyber Monday Windows laptop deals.

If you don’t want an Apple iPad but still want to take advantage of the best tablet deals of the season, consider getting a Samsung tablet or a Microsoft Surface. Even though many models of the Surface can be quite pricey when compared to other tablets, many of these computers—especially the Surface Pro range—come equipped with powerful internals that give these devices the same multitasking power that you’d expect from a premium laptop like the MacBook Pro. Also, the Surface has a niche audience thanks to the fact that it can be used as a laptop or detached from its keyboard and used as a tablet thanks to its touch screen.

Deal-Savvy Gamers Should Know About our Cyber Monday PS4 Deals

Even though the PS5 is now the flagship PlayStation console, that doesn’t mean that the PS4 won’t receive all the newest game releases. As a matter of fact, Sony announced that the PS5 would still receive the newest titles well into 2022. This makes Cyber Monday 2020 perhaps the best time to score a deal on a refurbished PS4, since this console will be cheaper now than ever before now that so many hardcore gamers want to be early adopters of the PS5.

Just as is the case with the PlayStation 4, the Xbox One is being overshadowed by a newer generation of Xbox, but it’s still expected to receive the newest game releases until at least 2022. This is great news for anybody who doesn’t already have the Xbox One and wants a better deal than ever before on this legendary console.

And just in case the other two consoles we mentioned aren’t right for you, the Cyber Monday Nintendo Switch is made for a niche audience of gamers who are die-hard Nintendo fans and want a dynamic gaming experience that’s different from what Xbox and PlayStation are currently offering. If you want a gaming console that’s family friendly and can be played almost anywhere, this may also be the best choice for you. And just like with any Cyber Monday tech deal on the Back Market website, you can be sure that you’ll be able to find similar discounts throughout the year.