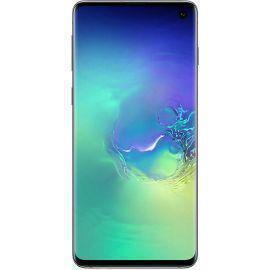 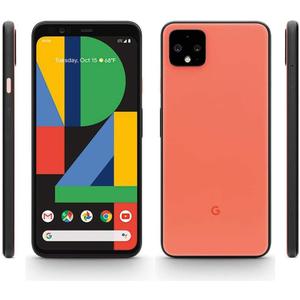 If you’re trying to decide between buying the Google Pixel 4 vs Galaxy S10, we’d honestly suggest thinking about these 3 core distinguishing factors: battery life, screen size, and camera performance. We say this because both the Pixel 4 and S10 are top-tier Android devices that have good processor performance (both should suit your needs for mobile gaming), high resolution OLED displays, and build quality.

Pixel 4 vs Galaxy S10: for some reason, the Pixel has really poor battery life

When it comes to battery life, this is a department where the S10 easily edges out the Pixel 4. And it’s not just the S10 that has better battery life than the Pixel 4: unfortunately, the Pixel 4 is one of the worst performing recent Android flagship phones when it comes to battery life. We don’t know what Google was thinking when equipping this phone with a small 2,800mAh battery—for reference, the S10 has a 3,400 mAh battery. Yes, the Pixel 4’s relatively compact size and the high refresh rate 90Hz screen (which makes everyday use feel super smooth) are both detrimental to battery life and capacity. But still, if you buy the Pixel 4, you probably won’t be able to get through a full day without needing to recharge—unless you’re a light user or have the ability to recharge throughout your day. Of course, you can offset this disappointing battery performance by just carrying around an external battery pack together with your Pixel 4, but the whole philosophy of this just seems cumbersome to many consumers, especially in an age where almost every phone on the market can easily last you throughout your whole day. The S10 can give you 2-4 more hours of battery life than the Pixel 4 depending on how you use your device, and although it may not seem like that much of a difference, this additional time makes for a much more worry-free experience when you’re moving around and don’t have access to an outlet for most of your day.

Part of what makes the Pixel 4 such a poor performer in the battery capacity department is the overall size of the device, which has a 5.7” display vs the 6.1” panel found in the S10. So the Pixel 4 is a smaller phone, and Google didn’t have the space to fit in a larger battery—perhaps. Also, Google really wanted to have a fun time and implanted a crazy radar system into the “forehead” of the Pixel 4 which gives it the ability to respond to hand gestures (kinda cool, right?) and have an accurate, fast, and relatively secure face-unlock system. But yes, this definitely also comes at a cost to battery capacity because it takes up a lot of space inside the device. With the S10, you’ll get an in-screen fingerprint sensor which isn’t as fast as most physical fingerprint sensors, but it still gets the job done. If I had to choose, I’d go for the face unlock in the Pixel 4 because it’ll probably be quicker in most scenarios.

If there is another part of this Pixel 4 vs S10 comparison where the Pixel 4 wins, it’s camera performance. When taking photos with the Pixel 4, you’ll notice more true-to-life colors and sharper images thanks to Google’s superior imaging software. Oh, and the dark mode for nighttime shots in Google’s Pixel phones is really, really impressive. Samsung’s cameras are great, don’t get me wrong, you won’t find anything wrong with the S10 really, it’s such a well-rounded device, but its camera performance is not as good as Google’s. So overall, which phone would we choose in this Pixel 4 vs S10 comparison?

Even though the Pixel 4 is a really awesome phone and has a lot of cool niche features, the battery life is too disappointing to recommend it to most people. But if you want a cool yet relatively cheap Android phone and don’t mind the negative points we discussed, the refurbished Pixel 4 may be the right choice for you. And seriously, it’s crazy how fast the price of the Pixel 4 has dropped since its release in October 2019. This is in part due to the negative reception that the phone received (mostly because of the battery life issues). Thanks to this, you may be able to get a refurbished Pixel 4 at a really unbelievable price, and if that’s the case, go for it.