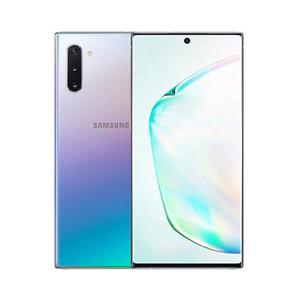 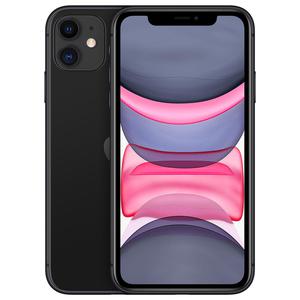 You’re probably reading this iPhone 11 vs Note 10 comparison because you want to know which one of these phones is better and why. But it isn’t quite that simple.

Note10 vs iPhone 11: The Note10 looks a lot better than the iPhone

For one, the Note 10 is much sleeker than the iPhone 11. It’s also much thinner, and it’s what makes it—arguably—much better looking. It comes with an OLED screen that has much more color contrast than the LCD screen in the iPhone 11, and the fact it has its front-facing camera inside the hole-punched screen makes it feel a lot more modern. We really wish Apple would do something to get rid of that notch in the screen. So in terms of looks and styling, we definitely think Samsung’s Note is the clear winner of this Note10 vs iPhone 11 comparison.

Despite the Note10 being thinner and feeling better in the hand, that thin design prevented Samsung from putting a bigger battery inside the device. And yes, although it still has a bigger battery than the iPhone (3500mAh in the Samsung vs 3110mAh in the iPhone 11) it eats up a lot more power because that fancy OLED screen is hungrier than the comparably archaic LCD found in the iPhone 11. Not to mention that Apple iOS is known for being much more energy-efficient than Android OS as well. You can probably get a couple more hours of average battery life out of the iPhone 11, but that’s not to say that the Note 10 gets bad battery life: both will easily get you through your day without needing to recharge.

Note 10 vs iPhone 11: Processor and speed, which device is faster?

When you compare the chips inside the iPhone 11 vs Note10, you’ll be comparing Apple’s A13 Bionic to Qualcomm’s Snapdragon 855 that’s inside the Samsung. And although Apple’s chips are known for being faster than their Android revivals, you probably won’t realistically notice the difference when using these phones. They’re both equipped with top-tier chips that will keep both devices fast for many years to come.

When you compare the cameras in the Note10 vs iPhone 11, you will realize that both have excellent quality camera sensors with multiple lenses. Although the iPhone 11 has a better Night mode and more natural color reproduction in most scenarios, we wouldn’t say this is enough of a difference to ultimately make you choose one phone over the other.

What will ultimately make you choose between the Note10 vs iPhone 11?

Both of these phones have comparable specs since they are both part of the same product cycle. They were built to directly compete with one another, and they do this well. They are both worthy competitors. But what will ultimately make you choose one over the other is—most likely—whether you prefer Android or Apple iOS. Don’t feel like you just need to stay with one platform; I’ve already swapped from one to the other (and vice versa) a few times over the years since they both have different strengths and weaknesses. But ask yourself whether you want your next phone to have the seamless simplicity of Apple iOS or the easy customization of Android. We hope this advice helps you choose between the Note10 vs iPhone 11 :)