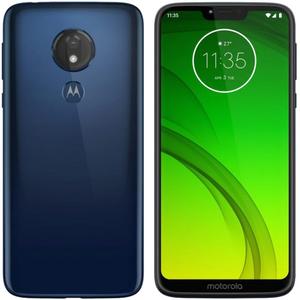 G7 vs G7 Power: Which device is better?

When deciding between the G7 or G7 Power, it’s important to remember that both will be very similar when it comes to performance, but there are some noticeable differences when it comes to display quality and (unsurprisingly) battery life. Spoiler alert: the G7 Power has more power :D

When you look at the side-by-side specs of the G7 vs G7 Power, the biggest numerical difference is in battery capacity. Whereas the G7 has a 3000mAh battery capacity, the G7 Power has 5000mAh. So as you can probably tell, this gives the G7 Power a lot more battery life. And your guess is right: many users claim they are able to get a full 3 days of usage out of the G7 Power without needing to recharge. The G7, on the other hand, will last the average user a full day before they need to “juice up” again.

How is the G7 Power able to get 3 days of battery life?

Despite having a battery that’s nearly twice the size as the unit inside the G7, the G7 Power has another surprise up its sleeve. It houses a lower resolution screen to cut down energy consumption. And let’s be clear: not every user will be a fan of this design choice. Since the display in the G7 Power has a pixel density of only around 279ppi, you won’t even get Full HD resolution on this phone: your video resolution limit will be 720p. If you don’t watch a lot of videos, this probably won’t be upsetting to you, but if you were hoping for the G7 Power to be a phone that’s perfect for watching tons of movies on the go, this is definitely a disappointment. But just remember, this is a sacrifice that the designers had to make to get you those 3 days of battery life.

G7 vs G7 Power: Which one do we recommend?

Other than screen resolution and battery life, there really aren’t many differences between the Moto G7 vs G7 Power. Which one do we think you should buy? Unless you specifically need a phone that can get 3 days of battery life from a single charge, we suggest going with the standard G7. That lower resolution screen is a big trade-off that many users would probably notice.