New vs. Refurbished: The Environmental Impact of the Tech Industry

The production and end-of-life disposal of our smartphones, computers and other modern tech has a dramatic impact on the environment, which can often be overlooked when compared to other environmental issues. Half of the carbon emissions from the digital sector (making up 4% of global emissions) come from the production of such devices and refurbishing these instead of simply replacing, while not a perfect solution, can help to significantly limit their environmental impact. We’d like to tell you a little more about it here.

Computer and smartphone factories are big consumers of gold, silver and many types of metals and rare earths. The extraction of these minerals, which are essential for the production of the components of our devices, has a sizable impact on the environment and ecosystems, not to mention the often-horrendous human conditions in which the mines are operated. 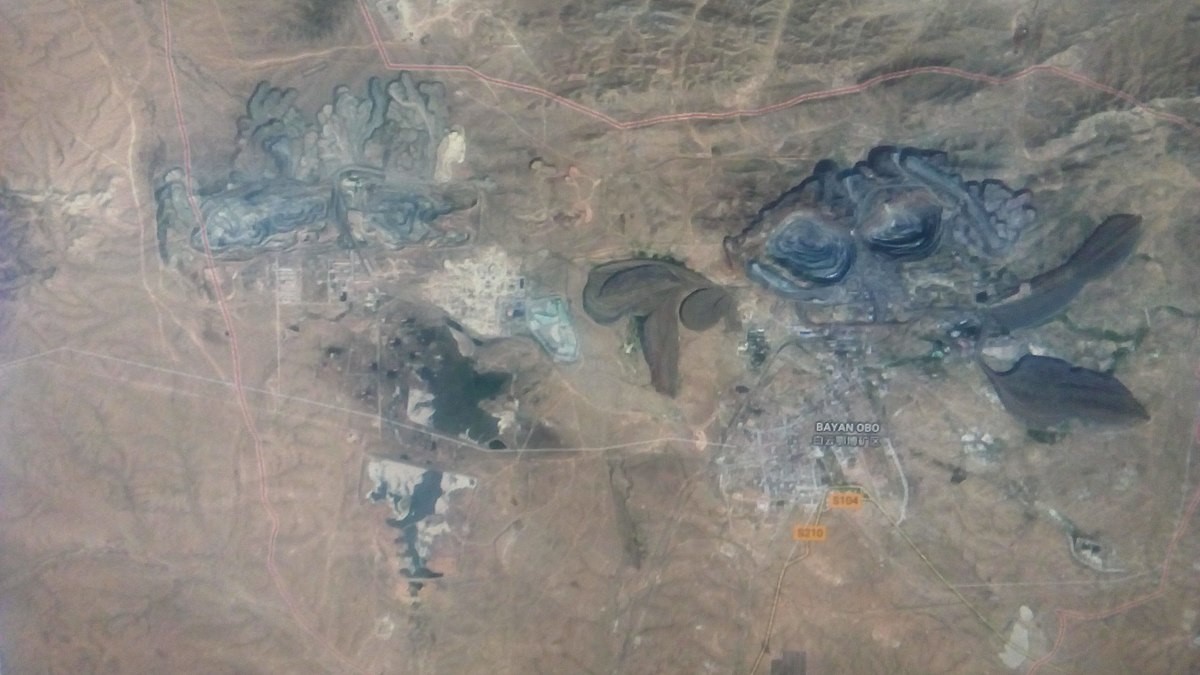 The Bayan’obo deposit in Mongolia provides (since 2005) 45% of the world’s rare minerals. (photo credit).

On average, 130 grams of minerals and rare metals go directly into a smartphone. However, the overall damage and impact is far broader - an average of 44 kg of rock has to be extracted and destroyed to obtain these materials. In the end, the manufacture of a computer actually requires an average of almost 200 kg of raw materials.

The exploitation of these mines from which the materials are extracted also has a particularly disastrous impact on water resources. Gold production, for example, releases cyanide and mercury, which end up in rivers. Plus, in order to produce one tonne of neodymium (the rare material that makes our phones vibrate), 75,000 litres of water are contaminated with toxic substances.

The consequences of the production of these objects on freshwater reserves don't stop there either unfortunately. It takes on average 1,000 litres of fresh water to produce a smartphone and 1,500 litres to produce a computer. These are not negligible quantities in the context of increasing water stress in many parts of the world. 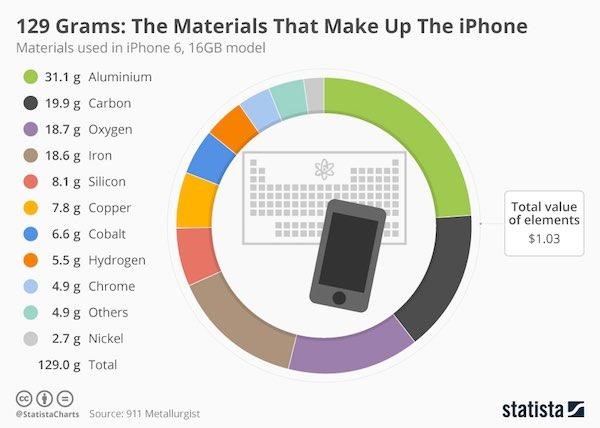 Last, but certainly not least damaging, plastics – derived from fossil fuels – are an important component of electronics and household appliances, with well-known environmental consequences. The average smartphone is made up of around 40% plastic, often mixed with other chemicals, often making them only partially recyclable.

Producing a computer or a telephone - from the manufacture of its components to the time it leaves the factory - has a huge impact on the environment. But the end-of-life disposal of these devices also poses a major problem.

We hear more and more about the issue of waste electrical and electronic equipment, and the difficulty of collecting and recycling it. With good reason too! With more than 50 million tonnes produced in 2019 (representing more than 6 tonnes of e-waste produced per hour), our old tech equipment is a major source of waste worldwide. This trend is also unfortunately exponential: meaning we should reach 74 million tonnes in 2030.

Only 17.4% of this waste is properly collected and recycled, the rest is burnt or dumped in landfills.

Many countries dispose of this waste loaded with toxic substances (arsenic, mercury, cadmium, etc.) by sending it to West Africa or Asia, where illegal landfills are multiplying. There, workers put their lives at risk by dismantling and burning these devices without protection in order to recover the materials, for a price lower than the cost of mining them. These landfills have disastrous consequences for both human and environmental health. 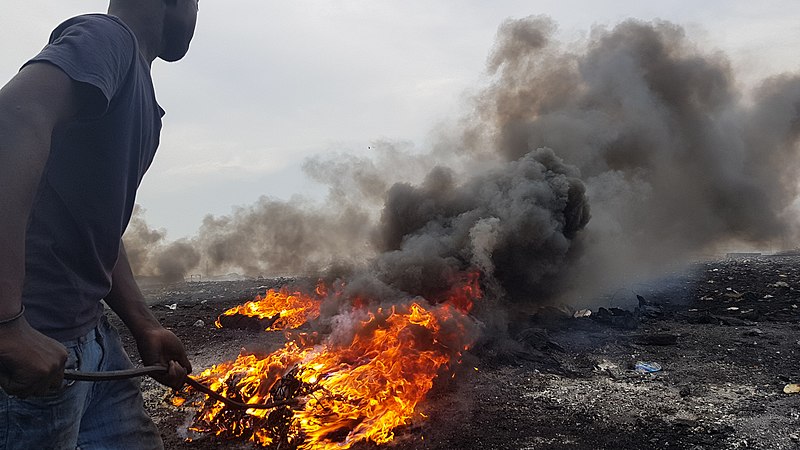 The Agbogbloshie landfill in Ghana is one of the main “uncontrolled” electronics dumpsites. (Photo credit).

The saddest part is that much of this waste could be avoided. In the UK the average person changes their smartphone every two years, while 88% of devices are still working. These consumption habits are due to two phenomena: programmed obsolescence and perceived obsolescence.

● Programmed obsolescence affects the proper functioning of objects after a given period of use and makes them, for example, incompatible with the updating of functionalities or unusable due to the wear and tear of certain components that cannot be replaced.

● Perceived obsolescence is the relative loss of value of an object, either because it has gone out of fashion or because a more recent version is released on the market.

Both types of obsolescence, real or perceived, lead consumers to buy new products and dispose of their appliances even though they are still functional or would only need basic repairs.

Refurbishing as an alternative to the overproduction of appliances and waste

Fortunately, there are solutions to reduce our environmental impact related to our phones and computers. Obsolescence is not inevitable!

The first thing to do is to avoid buying anything at all when you can keep your existing devices. And when a purchase is necessary, we can opt for a second-hand or refurbished device instead of buying new!

Buying a refurbished laptop or smartphone means avoiding both the environmental footprint of its production and its destruction.

Of course, the reconditioning industry itself does still have an impact on the environment: there is the transport to the refurbisher and the possible need to still replace certain parts (a battery or a screen for example). That being said, this impact is on average 3 times less than that of the production of a new device. 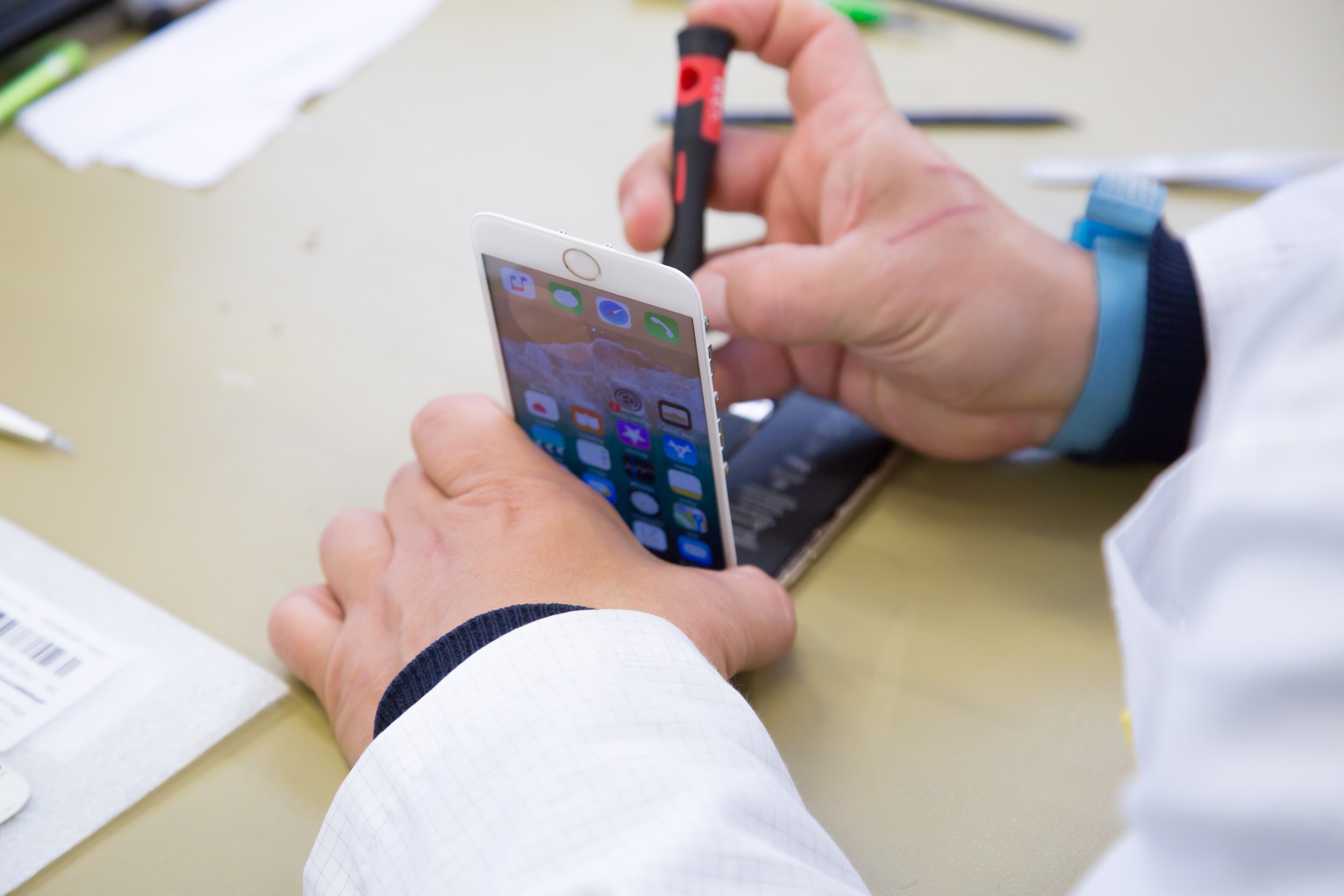 Open heart surgery: A refurbisher partner of Back Market inspects and repairs an iPhone 7.

If we take a smartphone as an example, the difference between a new and a refurbished handset makes the additional damage of buying new all the clearer:

In 2019 alone, by adopting smartphones and refurbished computers, Back Market customers have avoided:

Not to mention that the adoption of a refurbished device is an effective way to combat the overproduction of e-waste, which is very poorly managed downstream. In 2019, nearly 450 tonnes of e-waste was avoided via our platform!

Choosing a refurbished device is therefore an effective way of reducing its environmental footprint.

And to further reduce the impact of your device on the environment, you should of course make sure you keep it for as long as possible!

When not talking about the latest eco-friendly tech and reducing our carbon footprint, Brian enjoys the odd game of football, a classic horror (book or film) or just to kick back with a beer or a proper Scottish whisky. Slàinte Mhath!

Did you find this article useful ?