Galaxy Note 10 Plus Vs Galaxy S10 Plus 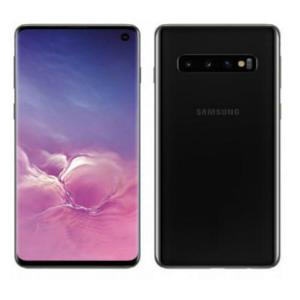 Galaxy S10 Plus vs Note10 Plus: why do both of these phones exist?

The reason I’m asking why both of these phones exist, is because if you really explore the specs and performance differences of the S10 Plus vs Note 10 Plus, you’ll notice just how similar they are. The biggest difference between these phones, is that the S10 Plus still has a 3.5mm headphone jack (if you already have a premium pair of wired headphones that you want to keep using with your smartphone), while the Note10 Plus drops the headphone jack and gives you the S-Pen (which sits inside the device). When you look at technical figures such as processor speed, screen quality, battery life, etc, you will notice that both of these devices are pretty similar.

Galaxy S10 Plus vs Note10 Plus: is one really better than the other?

When choosing between these two phones, you can only look at the small details to help you decide. As a Note10 owner myself, I don’t think the S-Pen is as useful as I initially hoped it would be, and rarely see myself using it nowadays. Something that many found annoying about the S10 Plus is the large cutout on the front of the screen that houses the two front-facing cameras. And it would be easier to bear if one of those cameras would at least give you the ability to shoot wide-angle selfies with your friends/family, but that second camera is just made to improve portrait background-blur and AR Emoji functionality. Annoying, huh? I don’t know, maybe this is acceptable for you, we’re not going to crown any clear winner in our S10 Plus vs Note10 Plus comparison, because the truth is that it’s very hard to say which one of these phones is clearly better than the other. So go ahead, buy the refurbished Note10 Plus or refurbished S10 Plus, whichever floats your boat :)